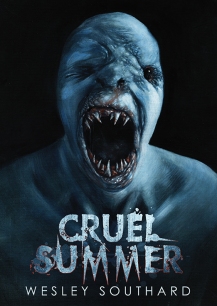 Melissa Braun is a broken woman.  Only wanting what’s best for her family, she’s willing to do whatever it takes to mend her fractured relationship with her abusive boyfriend.  In a last ditch effort, she hopes the sun and sand of a much-needed Florida vacation will bring them closer together.

Patrick Braun is a demoralized kid.  Quiet and sullen, he only wants his mother to see her boyfriend’s torment crippling everything they love.  After years of silence, he refuses to stand by and let the abuse continue to tear them apart.

Hoyt Rainey is a vile man.  Unable to keep his hands to himself, he finally takes his anger one step too far.  Only this time, he finds himself on the receiving end of his own punishment.  Down and down he goes, plunging deeper into the dark blue abyss of the sea.

Melissa and Patrick finally believe they are safe, the trouble now behind them for good.  They are wrong.

Gods never really stay dead―they only lie in wait.  And when a beast as old as time discovers Hoyt…he, too, won’t stay gone for long.

The nights grow darker, the water flows colder, and the cruelty of summer lives on. 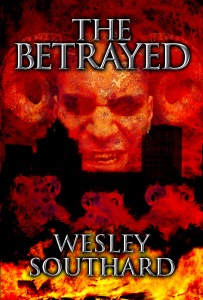 How well do you know the people around you?

Your neighbors?  Your coworkers?

Sidney Jameson, a young single father just trying to make ends meet, is being followed.  They keep to the shadows, quiet and cloaked in dirty brown robes…and they’re getting closer.  And what they have to tell Sidney is something terrible.  Something he never knew about his past.  Something he didn’t want to know about his future.

The war between Heaven and Hell is the world’s oldest story.  Lucifer turned his back on Heaven, and God eternally cast him and his faithful to the fiery depths of Hell.  Everyone knows the tale…or do we?  There’s only a few hours left before his twenty-fifth birthday, and with the aid of The Dark One Himself, Sidney will discover his place in the battle for humanity, and how only he can stop it once and for all.

There’s only one problem.  The rest of world is trying to stop him.

Praise for The Betrayed:

“THE BETRAYED is a wonderful blue-collar horror novel — a brutal, riveting funhouse ride that is over all-too-quickly and will leave the reader wanting more.” — Brian Keene, author of THE RISING series and THE COMPLEX

“Like a knife slicing through a throat in the darkness, Wesley Southard’s THE BETRAYED moves deftly and savagely, exposing the sin and saintliness, vulnerability and vindictiveness of the human race in gloriously vivid detail.  Southard writes true blue collar characters who are achingly real and endearing, and monsters that absolutely terrify.  While one might note echoes of Richard Laymon, Southard’s voice is all his own, and he uses it to deliver a compelling and powerfully enjoyable read.  Get this book.”– Mary SanGiovanni, author of CHILLS and SAVAGE WOODS

“Chocked full of blood, brimstone, and genuine heart.” — Mike Lombardo, writer and director The Stall and I’m Dreaming of a White Doomsday

“With a steady hand, Southard holds a mirror up to our world and we see that it’s become nearly impossible to tell who the monsters are, the faces all look the same, the masks.  THE BETRAYED is a fiery cocktail that takes a shot of Matheson’s I AM LEGEND and Kevin Smith’s DOGMA, and sets the world on fire with the drop of a match.  — John Boden, author of JEDI SUMMER and SPUNGUNION

“A serviceably written, easy to digest gorefest is exactly what I needed to read. The Betrayed delivers exactly that, in spades.”  — Undivine Interventions Reviews

“This is my first time reading Wesley Southard, but it won’t be my last!”  — Cedar Hollow Horror Reviews

“Brutal and violent in all the good ways.” — Somer Canon, author of Killer Chronicles and Vicki Beautiful

What would you do for all the money in the world? Or to get with the girl of your dreams? What if you could make other people do anything you told them? What if all this and more could be yours just for wining a race…against the devil?

A long-abandoned church on top of a mountain in the Pennsylvania backwoods is where the devil waits for anyone brave enough to challenge him. The course runs from the gate, through the cemetery, to the church doors.

If you win, the prize is yours.

If you lose…you die at sunrise.

To four college students looking for a good time, nothing could be further from the truth. 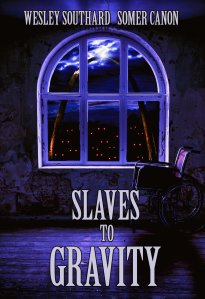 After waking up in a hospital bed, paralyzed from the waist down, Charlie Snyder had no idea where life would take her.  Dejected, broken, and permanently bound to a wheelchair, she believed her life was truly over.  That is…until gravity no longer applied.

It started out slow.  Floating from room to room.  Menial tasks without assistance.  When she decided to venture outside and take some real risks with her newfound ability, she rose above her own constraints to reveal a whole new world, and found other damaged individuals just like her to confide in.

But there are others things out there, waiting in the dark.  Repulsive, secretive creatures that don’t want Charlie to touch the sky.  And they’ll stop at nothing to keep her on the ground. 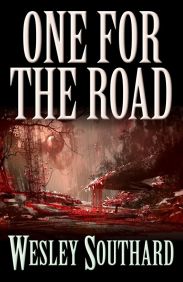 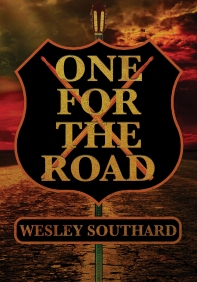 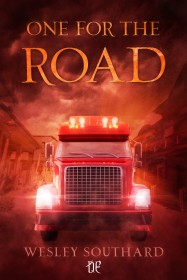 Only one more show and heavy metal guitarist Spencer Hesston can finally quit Rot in Hell. No more touring, no more fighting, and no more unwanted advances from the lead singer’s girlfriend. But instead of waking up the next day in their Midwestern hometown, the band finds themselves dazed and confused in an abandoned settlement in the middle of the desert, with no idea of how they got there.

Things are done a little differently out here: the trees have perverse urges, the spiders have human fingers, and every time they step outside the town transforms into a new hellish nightmare.

In this town anything is possible, except making it out in one piece…

Deadite Press is proud to present a new novella from Wesley Southard, a work of surreal horror sure to please fans of SILENT HILL, JACOB’S LADDER, and LOST HIGHWAY.

“A gritty and authentic rampage through Rock ‘n’ Roll.  I loved every word.” ―Matt Hayward, Bram Stoker nominated author of What Do Monsters Fear? and The Faithful

“Wesley Southard’s writing thrums with an uninhibited energy that’s both infectious and entertaining.  Discovering Wesley’s work has been a joy, and you should seek out his books too.  He’s definitely a writer to watch.” ―Jonathan Janz, author of The Siren and the Spector and Exorcist Falls

“An outstanding work of supernatural surrealism and extreme horror, sure to appeal to fans of Bentley Little, Graham Masterton, and John Skipp.” ―Brian Keene, author of The Complex and The Rising series 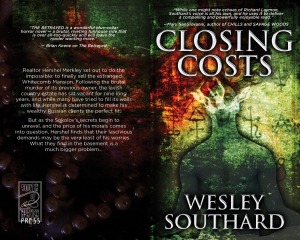 Realtor Hershel Merkley set out to do the impossible: to finally sell the estranged Whitecomb Mansion.  Following the brutal murder of its previous owner, the lavish country estate has sat vacant for nine long years, and while many have tried to fill its walls with life, Hershel is determined to make his wealthy Russian clients the perfect fit.

But as the Sokolov’s secrets begin to unravel, and the price of his morals comes into question, Hershel finds that their lascivious demands may be the very least of his worries.  What they find in the basement is a much bigger problem… 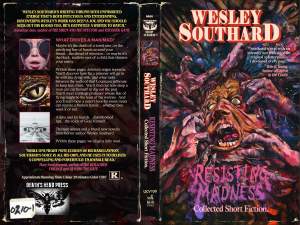 What drives a man mad?

Maybe it’s the death of a loved one…or the petrifying fear of hands around your throat…the dread of rejection…or maybe it’s the black, soulless eyes of a child that shatters your sanity…

Within these pages, delirium reigns supreme.  You’ll discover how far a prisoner will go to be with his dying wife, and what lurks between the walls of that Louisiana jailhouse to keep him there.  You’ll find out how deep a man can cut himself to dig out the past.  You’ll meet a college professor whose fear of flying might be the least of his worries.  And you’ll learn how a sister’s love for sweet treats can reunite a broken family…whether they want it or not.

Within these pages, we all go a little mad… 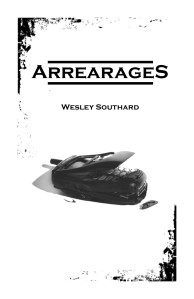 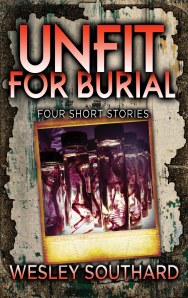 Small collection of currently out of print stories.  Features “With Many Thanks to Newark”, “God Bless You”, “A Promise Not Kept”, and “Between Those Walls”. 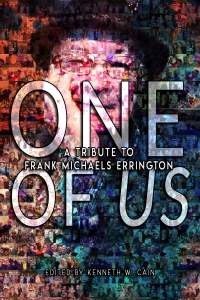 “We Bare All” in One Of Us: A Tribute to Frank Michaels Errington, from Bloodshot Books, November 15, 2020 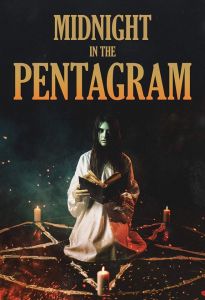 “My Body” in Midnight in the Pentagram, from Silver Shamrock Publishing, October 13, 2020 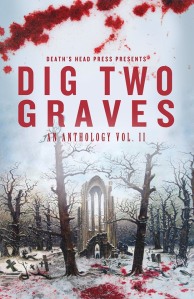 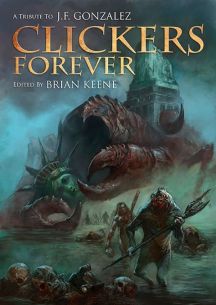 “For You, Anything” in Clickers Forever: A Tribute to J.F. Gonzalez, from Thunderstorm Books, 2018

A short story set in the world of the late J.F. Gonzalez’ novel Primitive.  Set a few years after the events of the novel, a mother will do anything to help her daughter, born into the new world, find happiness in a trip to the zoo. 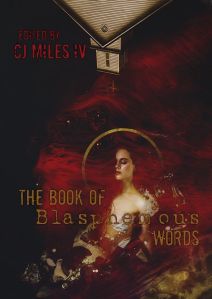 “Bust To Dust” in The Book of Blasphemous Words, from A Murder of Storytellers, January 2017

Another miscarriage leads to Jesse to back to the woodshed where he speaks to God in his own special way.  Ignore the loud noises. 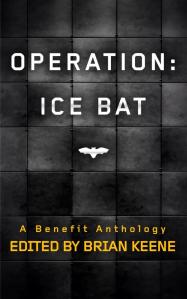 Cam would pay for everything he’d ever done to the women in his past…one cut at time. 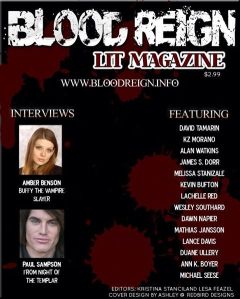 “A Promise Not Kept” in Blood Reign Lit Magazine, December 2013.

Ted is just trying to lose his virginity to Keira, the girlfriend of his dreams, but how is his eagerness viewed from beyond the grave? 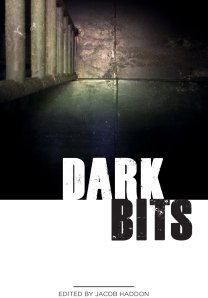 Georgie dropped his squeaky ball down the laundry shoot to the basement, and now Pat has to retrieve it.  Not a big deal, right? 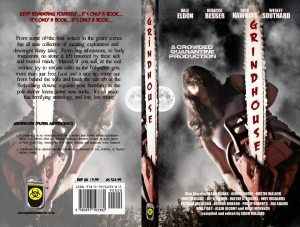 Luck is in short supply these days, and truck driver Justin Fisher would know.  With a gambling addiction threatening his budding family, Fisher sets out to right himself…but what he and his work partner find on a Tennessee mountainside may have other plans…

Patience is also running on empty as his fiancee, Missy, finds her own problem back at home…the squirming, multi-legged type.

Keep your eyes open.  Invaders come from high and low. 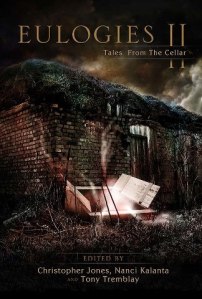 “By The Throat” in Eulogies II: Tales from the Cellar, from Horror World Press, July 2013.

Gail has had it with Roman’s phobia, but will his last-ditch effort help save their marriage…or only worsen his condition? 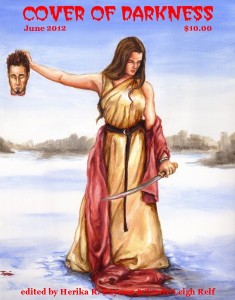 “Between Those Walls” in Cover of Darkness Magazine, from Sam’s Dot Publishing, June 2012.

His wife is dying, and Doug Brett is determined to break from prison to see her one last time…even if something unseen is keeping him there.  What exactly is Warden Dempson keeping between those walls? 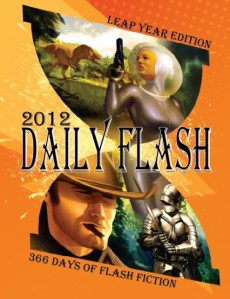 A woman.  A killer.  A stairwell.  A completely ridiculous story. 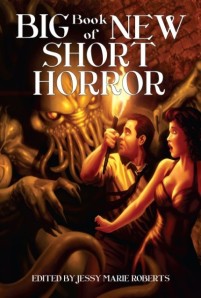 “With Many Thanks To Newark” in Big Book of New Short Horror, from Pill Hill Press, September 2011.

With his father dying in a hospital bed several states away, Tesh Hagman boards a plane of nightmares where not everyone is quite what they seem.  “Why the hell is everyone smiling?”