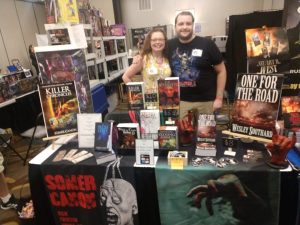 Well, another Scares That Care Weekend has come and gone, and as per usual it was a blast.  Every year it feels like a family reunion, and every year it gets harder and harder to leave.  I only get to see some of these folks maybe two to three times a year, but with guys like Matt Hayward and Aaron Dries it comes down to maybe four whole days.  I met a lot of awesome authors and creatives, and many new and old readers.  Scares That Care 2020 can’t get here soon enough! 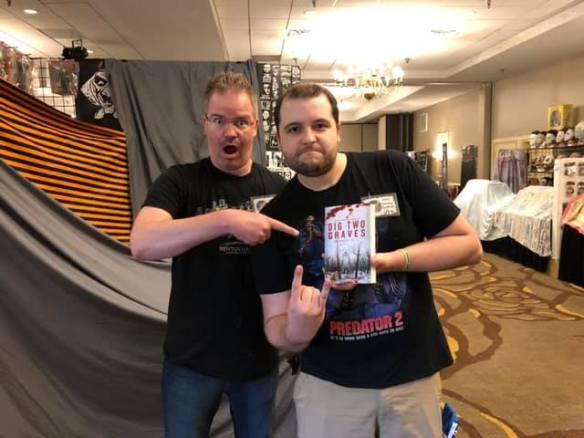 But it’s still 2019, and I still have many other opportunities to meet more people this year.  This August has been probably the busiest month I’ve ever had, with one convention ending last week and another rolling out this weekend.

This Thursday through Sunday I’ll be in Round Rock, Texas at KillerCon 2019.  I’ve been looking forward to this con for a very long time, having not been in the state of Texas in over thirty years.  Outside of the hotel, I plan on eating my weight in BBQ and tacos, but inside I’ll be sharing a table with authors Kelli Owen and Robert Ford in the vendor room.  I’ll also be taking part in two events, which are listed below:

12:30pm- Panel- What’s Your Talent Worth?
Wesley Southard, Elizabeth Massie, Shane McKenzie, Brian Keene, Lee Thomas
How much should a professional writer make for a short story? Novella? Novel? Screenplay? When is it okay to accept less? Is it ever a good idea to give your writing away “For the Luv”?

At 4:00pm on Friday, only at KillerCon … One Punch From Wrath!  Our brave contestants Jeff Strand, Shane McKenzie, Wesley Southard, and Erin Shaw answer trivia questions about our guests of honor and Splatterpunk Award Nominees. Get a question wrong, and you get to feel the Wrath! Last person standing wins!

Yep, Wrath James White is going to punch me.

After that, over Labor Day Weekend I’ll be at the first annual Creature Feature Weekend in Gettysburg, PA with authors Somer Canon, Brian Keene, Mary SanGiovanni, Kelli Owen, Robert Ford, Jonathan Janz and Ronald Malfi.  We’ll be there all weekend, selling and signing books, so come out and see us!  We don’t bite, at least not very hard.

And after that?  On October 12th, I’ll be up in Haverhill, MA for the Merrimack Valley Halloween Book Festival with over sixty authors selling and signing books.  I’m super excited for this one.

AND AFTER THAT?!?!  Not sure yet.  There may be some surprises in the works.  We’ll just have to wait and see.

But until then, I’ll see you in Texas!