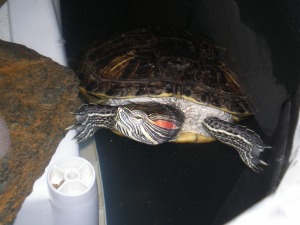 Life is changing in Southwestern Indiana. That little guy to the left is only one of the eight–yes, eight–new members of my household, already joining myself and my frazzled cat.  My girlfriend, after only a few scant months for dating me, decided to take the plunge and move nearly three states over, away from her family, friends, and apparently the “world’s most delicious Maple doughnuts,” to start a new chapter in her life with me.

I’ve been away from the site for a few weeks now–hell, ok, a month–but I’ve had good reason.  February has been a long, strange, exciting month for me, and like most people finding themselves living with someone for the first time, it’s been an adjustment.  We’re still working on the “mine’s” and steadily molding them into “ours,” but we’re getting there.  All good things take time.  And, thankfully, the animals are getting along well enough (although my cat still panics when her dog gets anywhere near him).

I’m a different person than I was even a month ago.  I now get to wake up next to someone every morning.  I get to come home from work to a smiling face every day.  And I get to watch Quentin Tarantino movies every night snuggled up on my shitty leather couch with someone I love.  For a young guy like me, it’s more than I could ever ask for.

On the publishing front, I’ve sold two stories this year so far.  First, I’m proud to say that I have finally sold one of my earliest (and longest) written stories titled “Between Those Walls” to Cover of Darkness magazine, and it boasts one of my favorite characters, Warden Jerome Dempson.  I’m extremely happy to have this be my first magazine appearance, but only sad part is that it won’t be out until November.  It’ll be worth the wait, I promise.

And second, my story “A Promise Not Kept” found its way into Undead Press’s Cavalcade of Terror anthology (cover art below).  Although I don’t have a release date on this yet, I’ve been told Spring of 2012 or sooner.  I’m hoping for sooner myself. 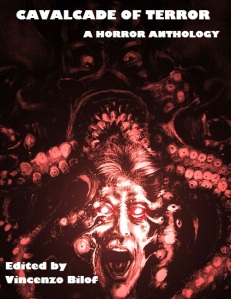 If any of these projects sound appealing, please keep checking back to this site for up to date info on releases and new release giveaways, and as always you can check out the Biblio page for purchase links and synopsizes for all of my “sold” works of fiction.

As far as appearances go for 2012, I’m still working on that.  Unfortunately I don’t get much vacation time at work, so my travel time is woefully limited.  Although I’d like to be involved with Horrorfind again this year, I’m still not sure what exactly is going on with the festivities.  Those who are usually involved with the scheduling are not taking part this year, so that trip still up in the air.  But there is a local signing I plan to be involved in sometime later in the year.  More info on that as it comes.

Oh, and I just thought I would throw this out there for the world: Please stop saying the world is going to end this year.  I’m so over people refering to the fucking Mayan calandar for every bullshit thing that has happened this year, including tornados, storms, and that pimple on your ass cheek that refuses to leave.  No, the world is not ending in December.  I for one plan on being around for The Hobbit and Django Unchained.  And if you’re one of those who truely believes, then go do yourself a favor and bury your head in the sand and wait for the end.  At least save the rest of us from your babble.  The rest of us have lives to live.

Until next time, you stay classy, Planet Earth. 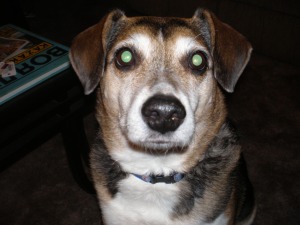 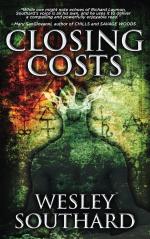